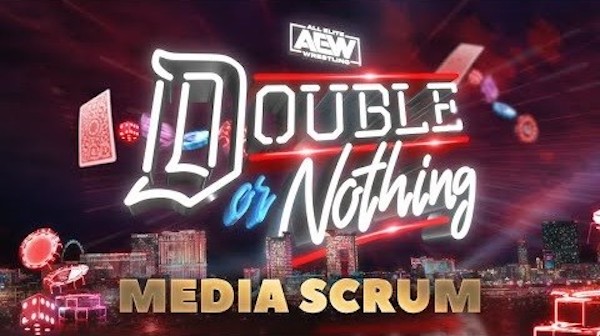 After all of the rumors, reports and speculation that were circulating Saturday night on social media, MJF still showed up at Double or Nothing and did his job. And the best part about all of this is he did it perfectly.

MJF put Wardlow over in the best way possible. He made The Wardog look like the most dominant man who has ever set foot in an AEW ring. The 10 powerbombs he took could not have felt good.

After the match, Tony Schiavone informed Wardlow that he was now officially All Elite, which means he is no longer under the thumb of MJF and can pursue his own goals.

Only one title changed hands during the PPV, and it was the most important belt in the men’s division. CM Punk defeated Page to win the AEW World Heavyweight Championship in a spectacular main event.

This match had a great story to it and allowed both men to look good in different ways. They had a couple of missteps along the way, but the overall performance of both was as good as you would expect.

With this title change, AEW has confirmed to fans that CM Punk is not just some nostalgia act it brought in to put some young guys over and sell shirts. Management sees him as a figurehead for the company now.

This is a good thing as Punk is one of the most famous wrestlers in the entire company. Having him hold the top title is going to bring more attention to the product. It feels more strategic than anything else.

The Straight-Edge Superstar has proved time and time again that he is still one of the best storytellers in the business, so whoever wins the belt from him eventually is going to benefit big time.

Overall, this was another solid entry into AEW’s PPV lineup. There were a couple of matches that could and should have been better, but with 13 bouts to pick from, everybody should be able to find something to like from this event.