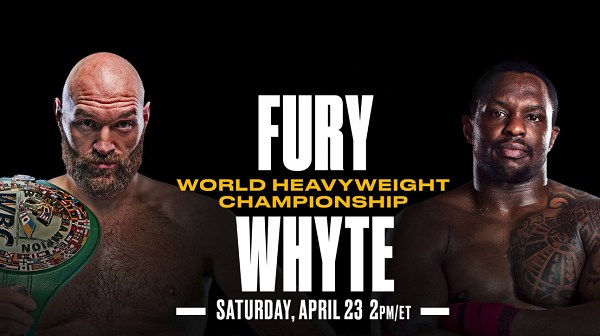 In what he claims will be the final fight of his 14-year career, Tyson Fury will defend his WBC and lineal heavyweight titles on Saturday against interim champion Dillian Whyte in London.

Few, of course, actually believe the 33-year-old Fury (31-0-1, 22 KOs) will walk away for good, regardless of the outcome. Still, the event is big enough (ESPN+ PPV, 2 p.m. ET) to warrant the attention of the entire sporting world as the two hulking heavyweights square off in their home country in front of a U.K. record crowd of 94,000 at Wembley Stadium.

“Dillian Whyte is a good fighter,” Fury said at Wednesday’s final press conference. “He is a good, strong, solid man. He’s big, he’s strong [and] he’s tough. He’s game, he’s got good power. He has knocked out a lot of men. He has had a good learning career, as well. He’s got a lot of experience in the fight game. He’s definitely a man that needs a lot of respect.