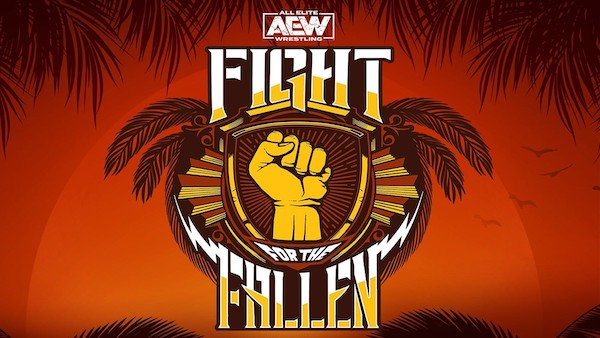 Last night, AEW took to social media to ace some more big matches for Dynamite on TBS Network. Interim World Champion and one-half of the AEW Tag Team Champions will be in action in separate matches. The top world champion of the AEW promotion, Jon Moxley will square off against former Ring of Honor World Champion RUSH, who made his PPV debut against Dragon Lee at Death Before Dishonor at the Tsongas Center in Lowell, Massachusetts, last night. RUSH will have Andrade El Idolo and Jose the Assistant in his corner.

Mox successfully defended the title against Brody King a few weeks ago on Dynamite after winning the Interim Title at the AEW Forbidden Door pay-per-view event on June 26th, 2022, at the United Center in Chicago. Hence, the match against RUSH will mark his second title defence.

One-half of the AEW Tag Team Champions, Swerve Strickland (the other champion Keith Lee is banned from the match), will compete against Tony Nese and “Smart” Mark Sterling in a 1-on-2 Handicap Match.

Last week, Nese and Sterling came out during Strickland and Lee’s Championship Celebration and tried to get Strickland removed from the AEW Roster by signing a petition. But, American Rapper Kevin Gates took out Nese while Lee and Strickland pie-faced Mark Sterling with the celebration cake.

In another big news, top AEW Superstar Bryan Danielson will return to in-ring action this week on Dynamite. The American Dragon wasn’t medically cleared to compete against Zack Sabre Jr. at the bygone Forbidden Door pay-per-view. Danielson will take on Daniel Garcia in his returning match.

The previously announced matchup of FTW World Champion Ricky Starks defending his title against Danhausen is also intact on the Dynamite card while Thunder Rosa will also be defending her AEW Women’s World Championship against Miyu Yamashita.