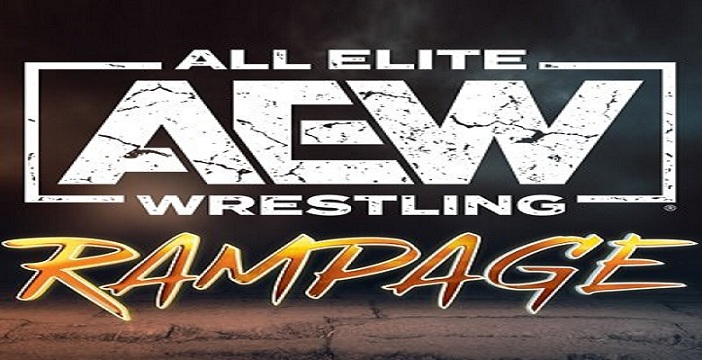 The December 9 edition of AEW Rampage is being taped tonight from the H-E-B Center in Cedar Park, TX, after AEW Dynamite hit the air. Below are spoilers from the taping:

* Jon Moxley defeated Konosuke Takeshita by submission. Moxley was busted open and bled during the match. One of the biggest pops of the whole night so far was Takeshita kicking out of the Death Rider. Takeshita won over a lot of fans during his offense, which led to some fans booing Moxley’s comeback. Moxley ended up winning with the Bulldog choke

* Adam Page came out to confront Jon Moxley. Page said he can’t get cleared because of his brain, but then he attacked Moxley with the mic. A brawl broke out until Claudio Castagnoli and Wheeler Yuta tried to break it up. Page hit the ring post head-first, then went down. Castagnoli and Yuta pulled Moxley away from Page and to the back, while officials helped Page to his feet

* Regina di Wave Champion Hikaru Shida retained over The Bunny. With the win, Shida has earned a future title shot from AEW Women’s World Champion Jamie Hayter. Shida won with the Katana finisher. Hayter came out at one point to stare Shida down

* AEW All-Atlantic Champion Orange Cassidy retained over former WWE NXT star Trent Seven in his debut. Cassidy’s opponent was chosen by Kip Sabian. This was the main event, and the crowd was really into it. Penelope Ford brought out The Bunny, The Butcher and The Blade at one point, but Trent Beretta and Chuck Taylor came out and fought the heels to the back. After the match, Seven and Sabian attacked Cassidy until Dustin Rhodes made the save for a big pop

Rampage airs every Friday night at 10pm ET via TNT.